Warning: "continue" targeting switch is equivalent to "break". Did you mean to use "continue 2"? in /membri/ozaki/wp-includes/pomo/plural-forms.php on line 210
 The Last Dream - Yutaka Ozaki Unofficial Fansite 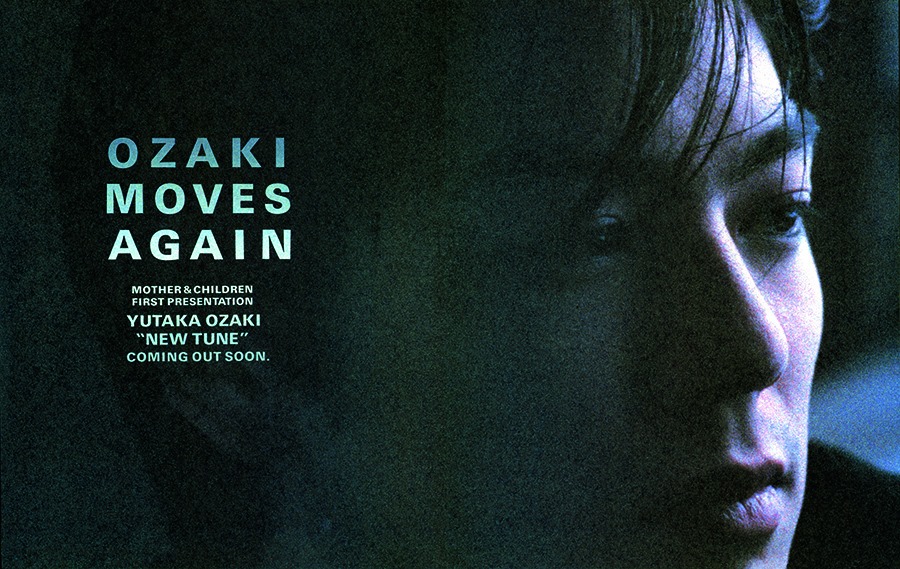 I’m in the process of translating three songs, which is never easy since Ozaki’s lyrics are “more literary than the Atukagawa Prize”, as they say in Japan.

Today I wanted to remember him by sharing this ad with you. It’s from 1987, and yet when you see it for the first time you get the feeling that it’s from the present. That the past has been rewritten, and we’ll truly have new Ozaki songs; or that he’s back from the dead, like a modern-day Lazarus.

Which brings me to something I started noticing a while ago: there’s a subtle Christian undercurrent in some of his songs, even in the pages of his collected writings (not to mention the cross-shape that casually appears on the cover of his last album). Since the earliest songs we find the recurring themes of “love”, “truth” and “freedom”, and at times he seemed to channel a sort of archetypal Christ in his live performances (“Those who want to laugh are free to do so. To those who believe in me: follow me“). The Christian vein becomes more noticeable in his 1990 album, Birth (and in “Love Way” especially).

I didn’t know what to make of this until I read a Japanese blog entry describing the very close relationship that developed in 1990-91 between Yutaka and the talented singer Yuki Saito, who happens to be a Mormon. When asked about him at the time, Saito told journalists that he and she were “kindred spirits” (同志). So maybe Yutaka Ozaki was not that distant from Christianity as one might assume… Who knows?

This is one of the mysteries that will forever surround him.

Finally, two new lyrics translations (and yes, they are as wonky as ever… sorry):

Today Yutaka Ozaki would be 50. I’m sure some of you have wondered what he might think of this world – of his graying Japan, of the lies and the mad machinations that are bringing us closer to another world war– and of all of us, solitary aliens mesmerized by glowing touchscreens. I don’t know what he might think of all this, but I miss terribly the songs he didn’t write.

Pictured above, his son Hiroya Ozaki (26) and Akira Sudo, the producer who discovered Yutaka in 1982. They both took part in a special aired last night on TBS radio: “Ozaki Yutaka Tanjo 50nen – Tokubetsu bangumi BIRTH”.

Last month Hiroya performed in a live concert in Osaka which officially marked his debut into the music world! For the first time he sang his original songs, among which are “Moon Light” and “Just Stop For”. If you can read Japanese, there’s already a Facebook page dedicated to him.

I finally translated the Lyrics of four more songs: Scrap Alley, Sonzai – Existence, Donuts Shop and Dareka no Klaxon – Somebody Beeps a Klaxon.

Please let me know in the comments below if you find any mistake, as my native language is neither English nor Japanese^^”

A few hours ago FUJI TV‘s satellite channel aired a special documentary titled The Million Seller – Ozaki Yutaka “Junanasai no chizu”. The show focused on the making of this iconic debut album and featured an interview with Yutaka’s 26 years old son, Hiroya*, and the album producer Akira Sudo. Let’s hope the video will become available online soon! In the meantime, here’s a lovely still from the show: 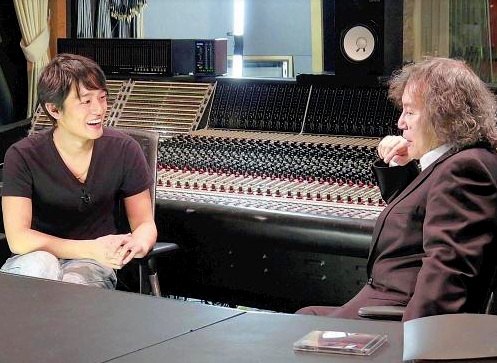 (During the past two years, Hiroya Ozaki has hosted Between the Lines, a show on InterFM – one of the top radio stations in Tokyo – for which he started working in 2010. The spoken segments of Between the Lines are still available for streaming on Soundcloud. )

On a side note, pre-orders are already open for OZAKI-50, a limited box set to be released by Sony Music Shop Japan for the 50th anniversary of Yutaka’s birth. The set will include a photo album, a CD with live interviews recorded in 1984/85, original prints, and a ‘treasure book’ featuring replicas of handwritten notes, letters and concert tickets. OZAKI-50 will be exclusively available through pre-order on the official page.

This website uses cookies to improve your experience. We'll assume you're ok with this, but you can opt-out if you wish.Accept Read More